The next chapter in the mid-engine Corvette saga is the release of the Chevrolet Corvette Z06, an American supercar that will make the rest of the world sit up and take notice. Designed and manufactured as a precision tool for the racetrack, the Z06 debuts two years after the first mid-engine Corvette Stingray captured the attention of a global audience.

During the development of the Z06, much emphasis was placed on the remarkable design, sound and driving experience. The Z06 offers the ultimate supercar experience with a new, wider, sculpted front and rear end that defines a confident stance, unusual proportions and a luxuriously appointed interior.

While the Z06 name originally stood for the ideal fusion of a race car and a supercar, today it stands for more than just dominance on the track.

The 5.5L LT6, the most powerful naturally aspirated V-8 engine ever sold in a production car, is the engine that gives the Z06 its unique identity.

Drivers are encouraged to crank the tachometer up to a stratospheric 8,600 rpm to produce 670 horsepower thanks to a flat-plane crankshaft. The signature rich exhaust note of a Corvette is the result of two years of development work.

The essence of racing

Corvette Racing is the inspiration for the sound and look of the Z06. Never before has it been so obvious how directly information is transferred from the racetrack to the road. Since Corvette Racing’s C8.R entered racing in 2020, it has been backed by a Z06 chassis. Because of the same chassis, identical engine layout, and similar exterior proportions, the C8.R is internally referred to as the Z06, which is hidden in plain sight.

The Corvette C8.R shined in the 2020 IMSA Sports Car Championship Series with six wins, seven pole positions and the class record for fastest race laps on six occasions. Chevrolet won the manufacturer’s crown GT in the 2020 season, its 13th victory since 2001, while the GTLM drivers’ and team titles were won by Antonio Garcia, Jordan Taylor and the No. 3 Corvette C8.R team.

The Stingray is based on the Z06’s performance range and meticulous design and attention to detail. Owners can create their own American supercar with a wider choice of materials, additional interior options and Z06-specific features.

Other highlights of the 2023 Corvette Z06 include:

The 5.5-liter DOHC V8 engine debuts in the 2023 Corvette Z06, marking a return to natural intake for the race-prepped high- performance vehicle.

The LT6 is designed to improve all elements of the Z06 for the track, not just horsepower. This engine exudes the emotional personality, from its 8,600-rpm redline and full dry-sump oiling system used in racing to its finely tuned intake and exhaust systems.

Key to the LT6’s performance is a lightweight, low-inertia rotary assembly based on an apartment-plane crankshaft. This assembly and the engine’s relatively short stroke (the distance each piston/connecting rod assembly travels for each revolution of the crankshaft) allow the engine to reach its maximum rpm range.

A variant of the LT6 has been powering the C8.R race cars since 2019, and the harsh conditions of endurance racing have helped engineers improve the engine’s performance and durability.

The LT6 is assembled by hand by professional engine builders in the Performance Build Center at the assembly plant in Bowling Green, Kentucky. Engine components are hand-assembled using precision machinery to meet Chevrolet’s exact specifications. On the intake manifold of each engine is a plaque with the name of the mechanic who built it from the ground up.

Nearly every prominent exterior feature of the Z06 was designed with aerodynamics, handling or cooling in mind, and there are styling elements that emphasize the car’s sense of motion.

To improve traction, for example, the wider fenders can accommodate larger and wider wheels and tires. The engine, brakes and transmission are supplied with more cooling air via larger vents. This also includes a redesigned front apron that channels clean air into a central heat exchanger, as on the C8.R race car. This improves performance on the race track. In addition, a more aggressive aerodynamics package is designed to improve high-speed stability and cornering grip.

To accommodate the larger tire tread, which is 30 mm wider in the front and 40 mm wider in the rear than on the Corvette Stingray, designers extended the front and rear fenders. These additions give the Corvette Z06 a wider, lower look that is accentuated by a distinctive rear apron with centered floating exhaust tips. The precise tuning of the exhaust note depended heavily on this floating arrangement. The larger air intakes required for cooling the vehicle are also made possible by the wider rear fender.

Three progressively stronger levels of aerodynamic support will also be available for the 2023 Z06:

The 2023 Corvette Z06 makes advantage of the innovations made on the mid-engine Corvette Stingray, such as the intelligent use of lightweight materials and cutting-edge driver electronics, with special features and calibrations designed for its capabilities.

The 2023 Z06 has the Corvette Stingray’s SLA-type front and rear suspension in place, but it has been specially tuned for increased performance capabilities. The included Driver Mode Selector allows Magnetic Selective Ride Control 4.0 to be set for optimal track performance or touring comfort.

With larger Brembo® front and rear rotor diameters of 14.6 inches (370 mm) and 15 inches (380 mm), respectively, than the Stingray, the Z06’s increased track performance is complemented by increased stopping power. The Z06’s front brakes have six pistons, while those on the Stingray have four.

The Z07 upgrade, which pushes the Corvette Z06’s performance to the extreme, also comes with even larger carbon-ceramic rotors.

The vehicle achieves 1.22 g road adhesion on a 300-foot diameter circle with the Z07 performance package in the track-ready configuration.

The Z06 is based on the same robust construction as the Stingray; this strong framework allowed engineers to precisely match the car’s chassis and suspension components. There is no difference in suspension calibration between the hardtop convertible form of the race-ready Z06 and the coupe because the Z06 is so stiff.

Special care and attention to detail

High-quality materials enhance the Stingray’s opulent appearance and cockpit feel, designed with the driver in mind. The car’s lightweight, track-focused ethos is expressed through the optional carbon fiber trim.

Shift paddles, the Level 2 carbon-fiber interior package and a carbon-fiber-trimmed steering wheel are all distinctive features. The Z06’s interior can be hand-wrapped in leather, and a brand-new full Adrenaline Red trim is also available. 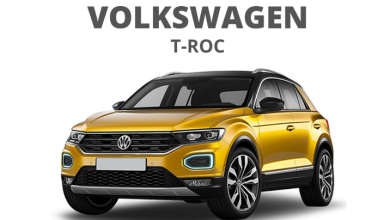 What are Volkswagen Mileage Blockers? 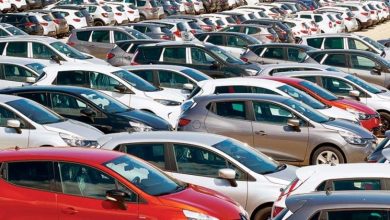 When Is the Right Time To Sell Your Old Car? 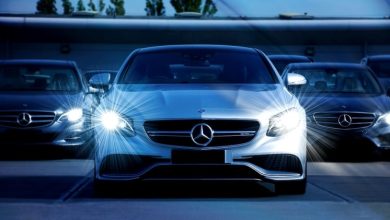